How Green Is My Green

The homework wall was ablaze with bouquets of Lilacs but the Instructor was so dazzled she forgot to take a photo of the work of Linda, JoAnne, Katie, and Mary. They can be seen over the shoulders of   the artists hard at work later in the class.
We examined the work of two Artists who work in Pastel: Wolf Kahn and Elizabeth Mowry. The similarities and differences, advantages and disadvantages, between pastels and colored pencils was investigated both in the work of the two artists and books each of them have written on the medium: Wolf Kahn Pastels and The Pastelist's Year. Even though the pencil box we are using - Prismacolor 24 Premier Colored Pencils has 4 green pencils, we looked at the work of the artists with an eye to examining the rich ways they depicted "greens" and how convincing they were. (Remember to click on the images to enlarge them)


Anne Pulver suggested that in the future we might consider applying the techniques of Georgia O'Keefe. So here is a Peony challenge! For anyone who wants to try. 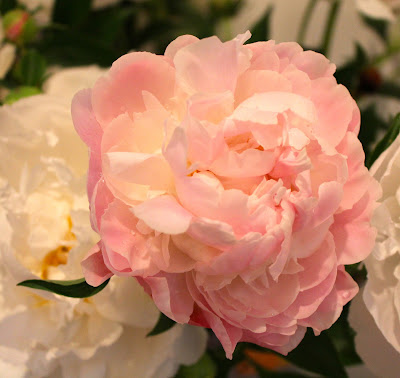 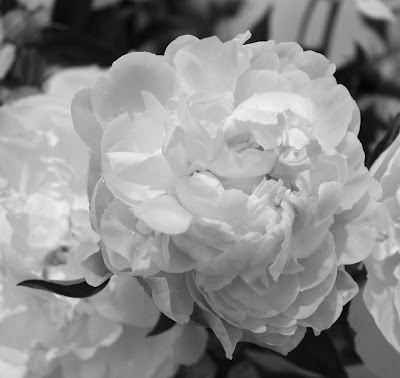 Posted by VALERIE MCCAFFREY at 9:32 AM